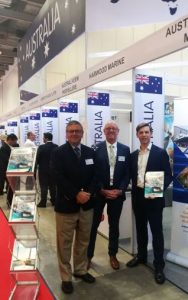 AIMEX Group CEO Doug Jarvis was delighted with the reception in Singapore. “Our networking function was well attended. Austrade facilitated local introductions and strong leads have been generated as a result.

Equally we will come away from APM with at least two new ACMG members, which is of primary importance going forward.

The Pavilion was prominent. You could not miss the branding and the feedback was extremely positive”.

Early reports from exhibitors at APM were also positive. “There were a few smiling faces after day one. We know it takes time to fully evaluate attendance at these expositions, but it is nice to write orders at the show”, Jarvis added.