Home › About › Board Members

AIMEX Board of Directors and Management

Jeremy Spear has been involved in marine design for over thirty years. He started designing marine interiors for private yachts in London and then formed award winning marine design consultancy Spear Green Design in Sydney in 1991. SGD is a multidisciplinary marine design studio which has produced specialised interiors, styled vessels and managed many commercial and private newbuild and refit projects from 30 feet to 30,000 tonnes in over thirty countries. He has previously managed business units for other design companies and has designed other significant transport interiors in Europe. Jeremy holds a degree in Industrial Design and is also qualified in Naval Architecture.

Peter Dowdney has had over 30 years experience in the marine industry with the past 23 years being spent in various sales and management roles with Ronstan International.  Peter has worked closely with retired AIMEX board member Alistair Murray for the past 20 years and has participated in many major international boat shows, trade missions and marine industry events both within Australia and abroad.  He is an active member of the Australian Marine industry having previously held a board position with the BIA of QLD.  He is a passionate sailor with extensive sailing experience in everything from off-the-beach dinghies to the America’s Cup.  He has managed and participated in numerous International Sailing Summits over the past decade and continues to promote the sport of sailing at every possible opportunity.  His current goal is to expand Ronstan’s business base throughout Asia, with a particular focus on the rapidly growing sailing market in China.

Long term AIMEX Board Member Stephen Vincent is the current Honorary Treasurer and a Director of Austral Propeller Co. Pty Ltd. Mr. Vincent has been involved in international boat shows and marine exporting for over 25 years, and has a degree in Commerce. Stephen is also a BIA (NSW) Hall of Fame award recipient. Austral Propellers has been a leading Australian propeller manufacturer and repairer for over 75 years and currently regularly exports to over 30 countries. Austral Propellers is also the Australian, New Zealand and Pacific Island’s distributor of VEEM fully CNC machined propellers.

Carl Amor, Director of Aqualuma LED Lighting was elected to the board in 2012. Keen to develop their global network and export business Aqualuma has been an active member of AIMEX since 2005. Aqualuma is an established marine export business and has had considerable success in combating the challenges of the current economic climate through dedication and drive, implementing innovative business strategies and product diversification. Aqualuma has strong presence in UAE, Asia, USA and Europe and has been a key sponsor of the Fort Lauderdale International Boat Show. Carl has been self-employed from the age of 21 and is an automotive and marine trimmer by trade. His interests include revolutionizing the LED experience, restoring classic cars, boating and generally having fun. Carl and his brother Grant established Aqualuma in 2004.

Richard Chapman has an extensive involvement with the marine industry spanning over 40 years. As Managing Director of Coursemaster Autopilots Pty Ltd and HyDrive Engineering  Pty Ltd, Mr Chapman has spent many years attending international boat shows focusing on exports. He is an AIMEX founding director and has been on the AIMEX board since its establishment.  He is currently Commodore of the Royal Sydney Yacht Squadron where he has been a director for 20 years. 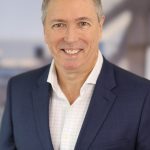 Kane is a director of Aurora Global Logistics, a privately owned freight and logistics company, specialising in the transport and barrier clearance of boats and yachts. Kane began his career in the logistics industry in 1987, performing various roles within the Customs division of a German multinational organisation. He obtained his Customs Brokers qualifications in 1993, and in doing so achieved highest national exam results in Australia for that year.

Kane progressed into management roles within the logistics industry, before opening the doors as a partner and director at Aurora Global Logistics in 2001. Today Aurora employ 15 staff,  6 of whom specialise in logistical services and advice to the boating sector.  Everything from trailer boats to superyachts.

Services include shipping to and from all parts of the world, in house Customs and Quarantine clearance and consultancy services, advice regarding immigration and crew visas, taxation, temporary importations, free trade agreements,  establishing a yacht for charter, berthage,  delivery crew, shipping cradle fabrication and supply, survey reports and various other services.

Kane chaired Superyacht Base Brisbane for 2 years from 2005 to 2007 and continues to maintain an active role within Superyacht Australia, AIMEX, and other industry advocate groups.

Aurora are the official agents in Australia for Peters and May, a global leader in world boat transportation. 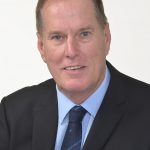 Steve has pioneered strategies in the marine industry in development, design and management of large yachts. Steve has over 30 years’ experience in this field. This international position within Rivergate sees Steve co-ordinate and manage superyacht refits, which rival refits carried out anywhere in the world. Steve is responsible for ensuring all major projects are completed, on time, on budget and to the highest quality.

In recognition of his industry experience, Steve was awarded the 2014 Superyacht Industry Champion of the Year award.

A long standing AIMEX supporter, board member for 15 years including two terms as Vice President, Mr Griffin has been actively involved with export and international business development for more than 30 years. Currently engaged as a Commercial Consultant to GME, Australia’s largest marine electronics manufacturer. Mr Griffin has lived and worked in the US, UK, Australia and New Zealand. Prior to joining GME in 1989, Mr Griffin held the position of Regional Director with US biomedical company Cobe Laboratories. Qualifications include BSc, MBA and FAICD.

Barry Jenkins has been associated with the marine industry in Australia for many years. He currently consults to the Sanctuary Cove International Boat Show in the area of Government Industry and International Relations and has an association with Korea International Boat Show. Industry involvement includes Past President of the Boating Industry Association of Queensland/Marine Queensland, Past President of the Australian Marine Industries Federation and Founding Chairman of Super Yacht Base Australia now SuperYacht Australia. He is a long time Director of AIMEX, Chairman of the AIMEX SuperYacht Australia Division and is a Life Member of the Boating Industry Association. At the Australian Marine Industry Awards in 2009 he was presented a Highly Commended Award for Export Industry Champion.