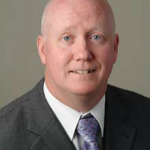 Recognising the importance of the key industry event – the Australian Superyacht and Marine Export Conference (ASMEX) the Australian Marine Safety Authority (AMSA) will play an active role in 2014 with Deputy CEO Mick Kinley participating in the conference speaking about the Navigation Act changes and what they have meant for the industry.

The AMSA operates in a marine environment that includes the Australian superyacht sector. AMSA is involved with new laws for the maritime sector and assists with safe shipping particularly in protected areas like the Great Barrier Reef Marine Park. AMSA is also involved with the Maritime Labour Convention which makes regulations that can also affect the superyacht sector.

AMSA ensures that vessels visiting Australia have competent crew, are operating to international standards and can safely navigate Australia’s pristine marine areas.  Superyacht Australia see visitation to Australia growing significantly over the next 5 years as the Asia Pacific region becomes the new cruising destination for the worlds superyacht fleet. Superyacht Australia stated they are already seeing an increase in enquiries for cruising itineraries.

The most recent issues have been the introduction of the Navigation Act. The Act replaces the century old Navigation Act 1912 with a contemporary legislative framework for maritime regulation. The Act reflects changes in the maritime sector and is the primary legislative means for the Australian Government to regulate international ship and seafarer safety, shipping aspects of protecting the marine environment and the actions of seafarers in Australian waters. It also gives effect to the relevant international conventions to which Australia is a signatory.

AIMEX & Superyacht Australia CEO MaryAnne Edwards said “We see it as very important to our sector and the boating community that the changes relating to this new act are widely understood.  This is a critical piece of legislation for the superyacht sector and boat owners.  It is important this is communicated continually to stakeholders. We’re excited that Mick Kinley will attend and speak at ASMEX regarding these issues.”

Another key area that is administered by AMSA is the qualifications for Captains and Crew.  These standards relating to required qualifications come under “marine orders” that form part of the navigation act.  A key focus for Superyacht Australia has been in making sure that time served on superyachts, whether the boat is operating commercially or for private use, is acknowledged towards qualifications and that international qualifications obtained by crew outside Australia are recognized in Australia.

Edwards said ‘We see it as critical for our sector that the key stakeholders understand the current situation in regard to these issues and are aware of the role AMSA plays in this. Given a significant proportion of the world’s superyacht crew are Australians who will return home at some point it is important we have the ability to recognize their sea time and qualifications.  It is important for us to be able to attract these people back to Australia.”