In a gripping finish to the Noakes Sydney Gold Coast Yacht Race, Queensland supermaxi Black Jack match-raced and beat Wild Oats XI to the finish line by just under two minutes over a 384 nautical mile course. 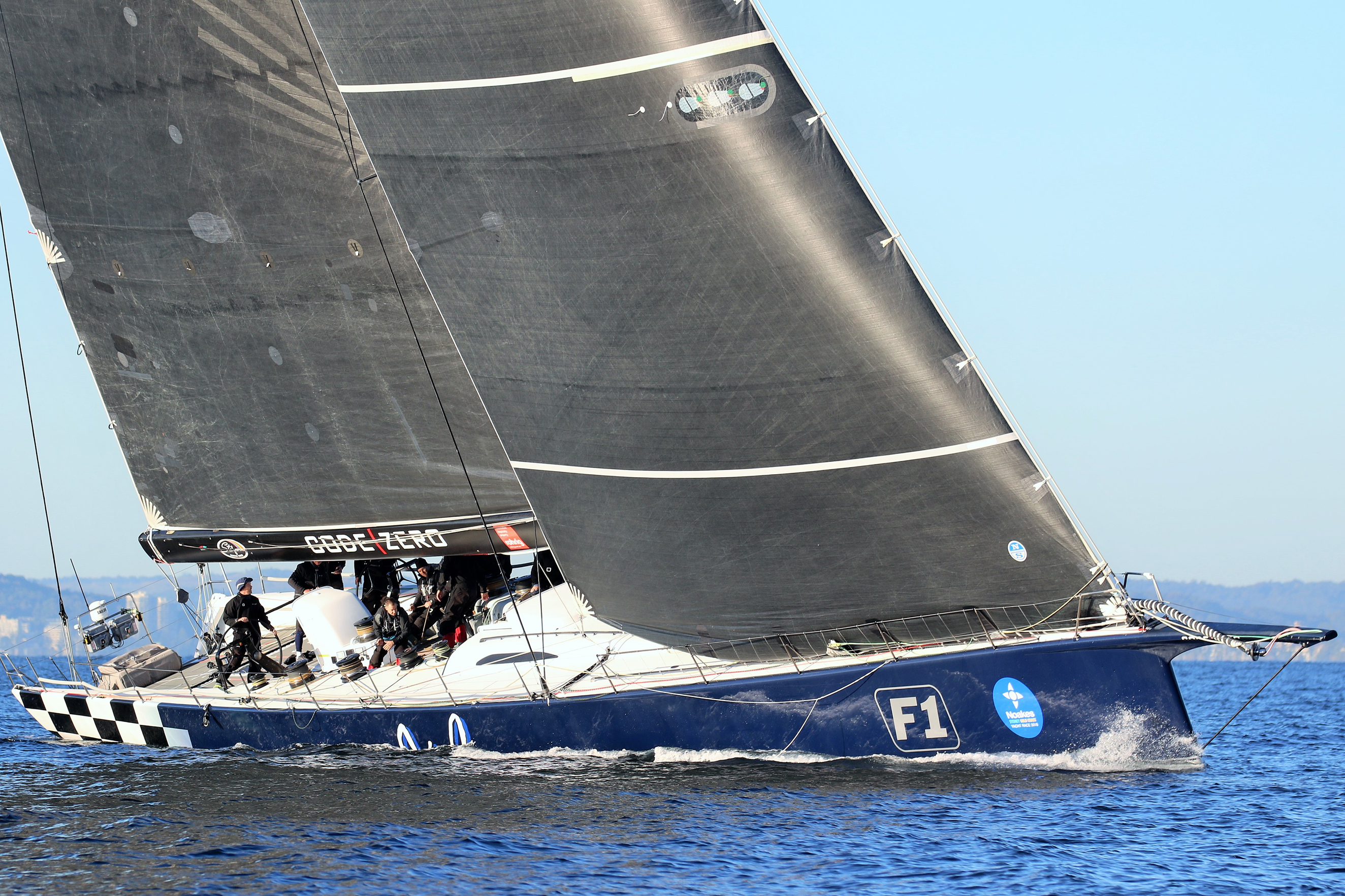 When the breeze went light pre-dawn Black Jack made their move. “Every boat is a one trick pony – we are stronger in light airs and we struggle upwind in strong conditions, but we have to be ready to pounce if the light air comes,” owner Peter Harburg said.

Their victory is the first time the Queensland boat has beaten the Oatley family’s Wild Oats XI in an offshore race having faced-off many times over Black Jack’s 13-year program, both in Harburg’s RP63 and now in the 100-footers. Wild Oats XI is a six-time Sydney Gold Coast race line honours winner.

“Yesterday when we were going upwind in 20 knots of breeze the guys worked very hard and it paid off today,” Harburg continued adding, “we didn’t win in the last half-hour, we won yesterday. When you are behind it’s hard to be sitting on the rail in the freezing wind. Everyone had their legs over the side at all times, even when we were 20 miles behind Comanche. That’s when you win races.

“We are going to try and improve our performance upwind before this year’s Rolex Sydney Hobart. It doesn’t mean much in the end, every race is different. This boat has won Hobart (as Alfa Romeo in 2009), but so have the other three big boats in this race.”

Wild Oats XI’s helmsman Chris Links said of the battle behind Comanche between them, InfoTrack and Black Jack: “It was a great race between the three ‘classic’ maxis and everyone had their moment. You can’t break the cord in the Southport race, it’s one of those races you can’t get far enough away from the opposition to be safe. 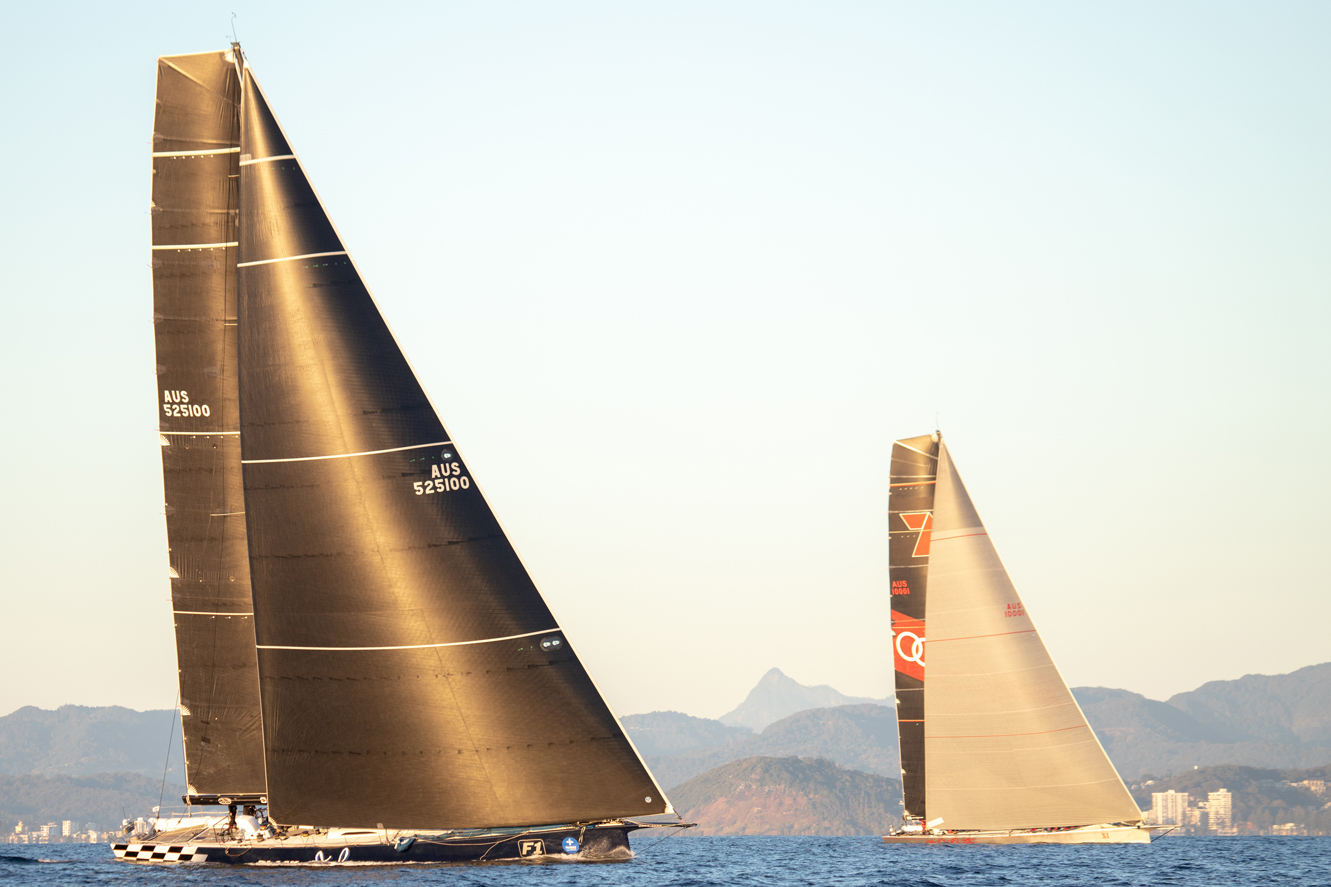 “In that light stuff with their configuration the cards fell Black Jack’s way. Good on them, it was great to see them have a win. We enjoy sailing against them and there’s a lot more to come in the Brisbane to Keppel race and Hamilton Island Race Week.”

Jim Cooney’s Comanche finished third having led from the 1.50pm Sydney Harbour start on Saturday until the last 15 nautical miles when the wind dropped out and the front four squeezed up. Cooney paid tribute to Black Jack’s owner and skipper for a race well-sailed, and such a tight finish. “We are very happy with Comanche’s performance, particularly in light air,” Cooney added.

Now the battle for handicap begins. Bruce Taylor’s Victorian Caprice 40 Chutzpah is the boat to beat on IRC with two-time previous overall winner Komatsu Azzurro (Shane Kearns) currently second and making excellent time on approach to Coffs Harbour. On progressive ORCi scores the pair are the other way around and in PHS results Michael McDonald’s Stampede is the lead boat.

The next bunch due to finish are the TP52s, led by Matt Allen’s Ichi Ban, and among them Voodoo and Triton.

A fourth yacht retired overnight, the Sydney 38 called The Goat, with an ill crewmember.