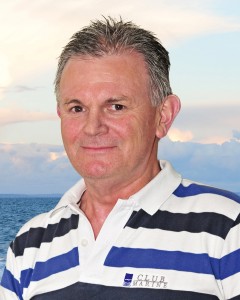 Greg Fisher has announced his intention to retire as CEO of Club Marine, Australia’s largest provider of recreational boat insurance.

While Mr Fisher has made considerable progress in his rehabilitation following a serious accident in January 2012, he made the difficult decision to step back from his career to attend to ongoing health issues.

“It is with the business’ best interests at heart that I have decided to focus solely on my recovery. I am proud to have been part of such an outstanding, dedicated team and I wish everyone at Club Marine and Allianz Australia the very best,” said Mr Fisher.

Greg Fisher’s insurance career has spanned 35 years, having worked for NZI in Australia and the United Kingdom, Fortis Australia and Allianz Australia. Greg joined Allianz in February 2002 as Chief General Manager Broker & Agency Division (2002 – 2010) before taking on the role of CEO Club Marine in 2010. In addition to these roles he has been a director on the boards of Allianz underwriting agencies Global Transport and Ken Tame & Associates.

During his time with Club Marine, Mr Fisher has certainly made his mark, one of his proudest achievements being his work on the recently announced anti-theft initiative, the National Marine Register.

“Through his enthusiasm and professionalism, Greg has been instrumental in building strong businesses for Allianz Australia, which have consistently delivered growth and profitability,” said Peiris, adding: “His experience and the sense of fun he brings to his roles will be sorely missed by colleagues and the wider insurance industry. I would like to thank Greg for his unwavering support for Allianz and wish him the very best in his recovery.”

Greg Fisher will retire from Club Marine on August 16, 2013.