Home » FINSCAN RELEASE THE “NUCLEUS” ALL IN ONE DIGITAL SWITCHING

FINSCAN RELEASE THE “NUCLEUS” ALL IN ONE DIGITAL SWITCHING 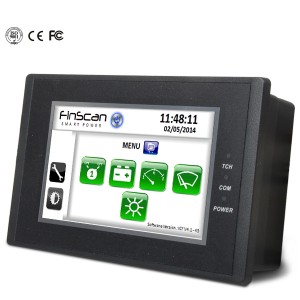 FinScan is a leading Australian designer and manufacturer of premium digital switching systems for marine and RV applications. With years of development and production of various types of digital switching, FinScan has become an innovator and leader it’s field. FinScan is one of a handful of companies globally, that are producing these exciting power distribution systems into the commercial and leisure marine sector.

FinScans latest release, the NUCLEUS single module system , is the central component of the DC Electrical system. It incorporates a Power distribution module for DC Electrical systems, that provides all switching and circuit protection features, to eliminate the necessity for any external DC Electrical components such as relays and fuses. The NUCLEUS allows an installer, to install and setup a system in considerably less time. In addition, FinScan have also included full battery and tank monitoring as standard in the NUCLEUS system.

The battery monitoring included with the NUCLEUS single module system , includes the reporting of two DC voltages, charge and discharge amps, amp hours consumed, and most importantly , a battery “state of charge” gauge that accurately shows the state of the house battery, represented as a percentage in a recognisable fuel type gauge. In essence, the NUCLEUS shows a fuel gauge for the house battery. 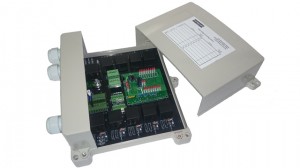 Also included as part of the Nucleus system, is the addition of Bluetooth connectivity. Finscan will be launching the Bluetooth enabled NUCLEUS at the 2015 Sanctuary Cove international boat show. Once Connected with Bluetooth , a NUCLEUS owner can download the FinScan app from iTunes and Google Play to wirelessly achieve control and monitoring functionality from their tablet or smart phone.

The NUCLEUS system is designed for small to medium vessels in its single module format, to deliver maximum functionality and cost effectiveness. The NUCLEUS , is no exception to FinScans philosophy, to deliver systems that do not require specialist software, or training to install, setup and operate. FinScan will be conducting demonstrations of the NUCLEUS system during the 2015 Sanctuary Cove Boat Show, at Pavillion A, Booth 152 . For more information email enquiries@finscan.com.au or visit http://www.finscan.com.au