Mooloolaba Coast Guard took delivery of their new rescue vessel “Rotary III’ and wisely invested in another AirBerth® Boat Lift to enhance their on water operations. 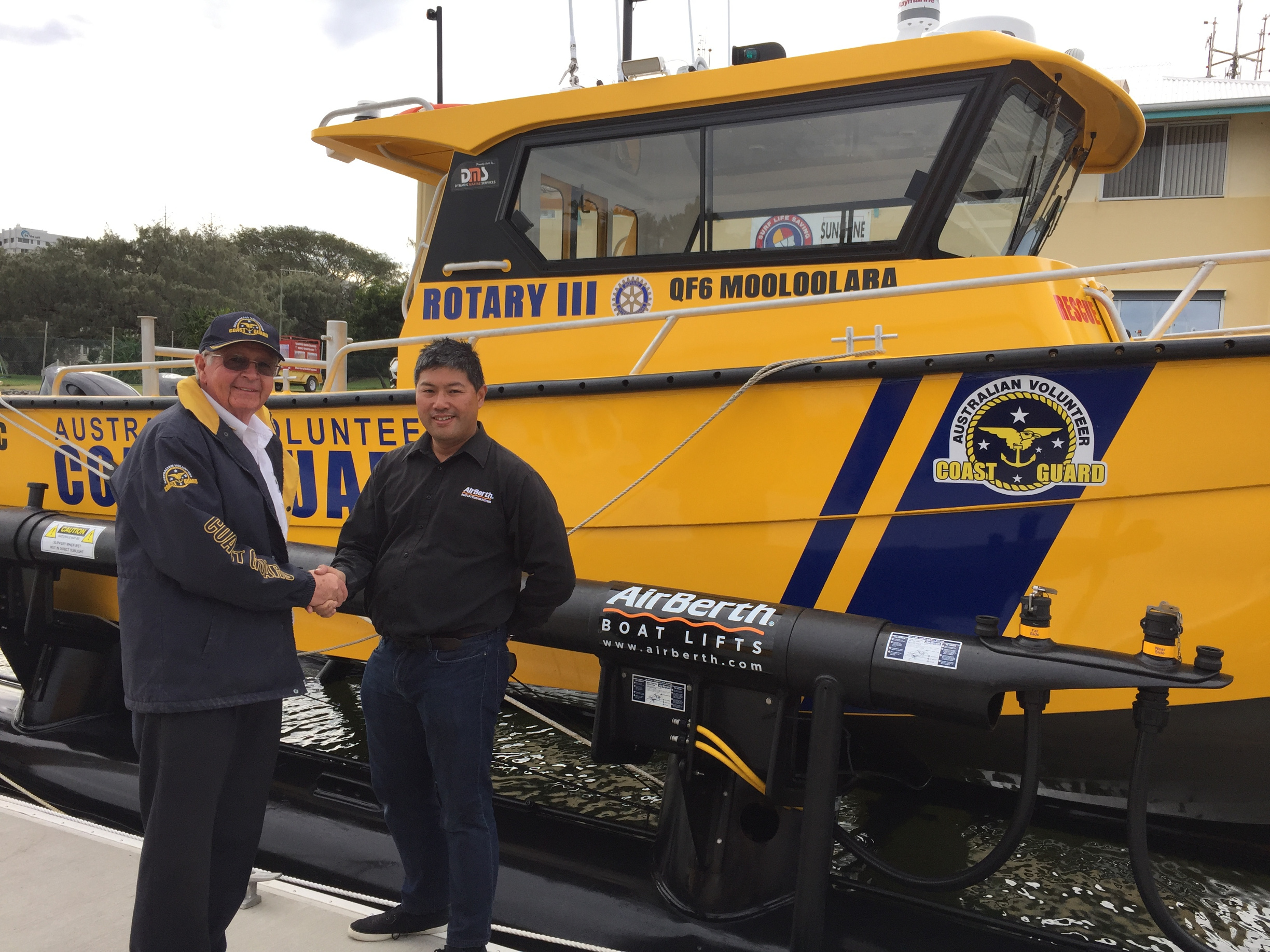 performance and ready for emergency response at any given moment.

designed by Naval Architects Australia and constructed by Dynamic Marine Services. It is powered by

addition to the flotilla.

“We were very happy to take delivery of our 2nd Airberth®. Having owned an Airberth® for the past

10 years we are well aware of its ease of use and cost savings. It’s more than proven its value to us,

improvement in fuel economy due to no anti-foul or marine growth on the hull. It was an easy

The AirBerth® Boat Lift system is the ultimate in boat protection. They continue to be the preferred

possession of an AirBerth® M430 later this month.