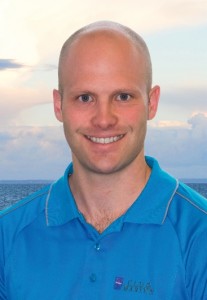 Simon McLean has accepted the role of CEO at Club Marine, Australia’s largest provider of recreational boat insurance. He assumes the position, which was vacated by former Club Marine CEO Greg Fisher due to health reasons, as of October 7.

A keen boatie with life-long experience across a wide range of sail and powered craft, Simon was previously Manager Victoria and Key Partners with Allianz’s Financial Institutions business.

“With a strong track record of exceeding profit and growth targets, as well as leading high performing teams, Simon will bring valuable capability and experience to Club Marine, one of our premier businesses,” said Michael Winter, GM Financial Institutions & Affinity, which includes responsibility for Club Marine.

“Simon’s record of high achievement has been recognised by winning four consecutive Allianz Sales Club awards and as a result he has been inducted into the Allianz Hall of Fame for outstanding sales achievement,” added Winter.

Married to Natalie and with a daughter, Heidi, 2, Simon says he is very much looking forward to the challenge of leading the team at Club Marine.

“Club Marine has an excellent and well-earned reputation in the marine sector and I hope to make a contribution to its on-going success,” he said. “I’d also like to acknowledge the hard work and many initiatives my predecessor, Greg Fisher contributed during his time at the helm and wish him all the best for the future.”

Simon’s career progression within Allianz has included Account Management, Key Account Management and State Management roles in New South Wales, Queensland and Victoria. He was a key member of the Allianz FI management team and in his most recent position as Manager for Victoria and Key Partners he had responsibility for a number of Key Partners nationally.

“I am honoured to lead such a strong brand and dedicated group of professionals,” said McLean. “I come to Club Marine with a background of collaborating with partners and delivering exceptional customer service. And with the backing of the great team at Club Marine, I look forward to developing our service and also continuing the company’s role as an important supporter of the marine industry and lifestyle.”