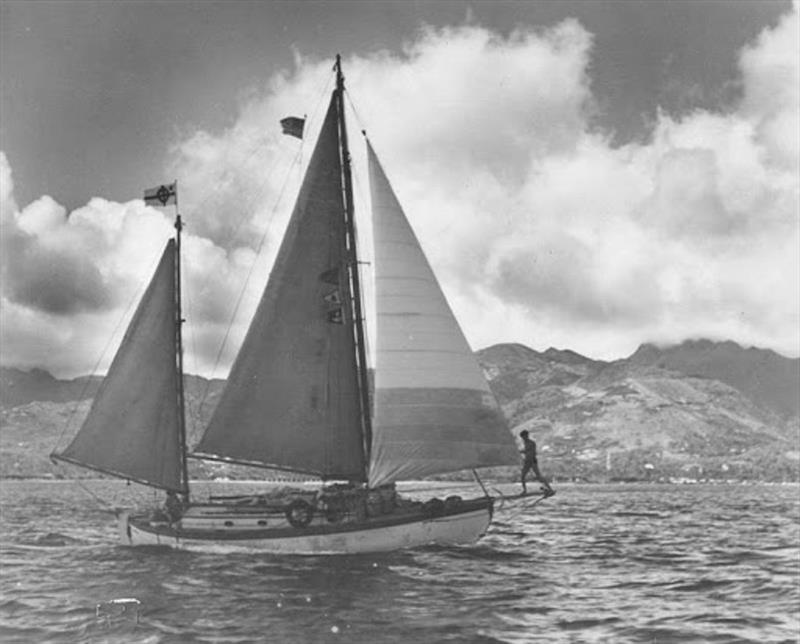 A significant wooden boat rebuild is under way at Denman Marine in Kettering, Tasmania, reviving the 32-foot double-ended ketch known as “Te Rapunga”, and shining a light on the incredible life and philosophy of German-born seafarer and “citizen of the world”, George Dibbern.

Meaning “Longing for the dawn” in the Maori language, Te Rapunga was discovered in an Auckland front yard in 2018, after two decades out of water and bought by a Bruny Island tourism group and fellow sailing enthusiasts with the vision of restoring her to original shape.

But as Andrew Denman explains “Survey found she was too far gone and would require a complete rebuild. So, she was brough back to Tassie for the rebuild with the help of a team of shipwrights and the advice of author, Erika Grundman, who researched and wrote George’s biography, ‘Dark Sun: Te Rapunga & the Quest of George Dibbern’.”

She will be planked in Huon Pine and Celery Top on hardwood frames and backbone. One concession to modern materials is the use of West System products for the deck beam lamination and any other laminated hardwood components. 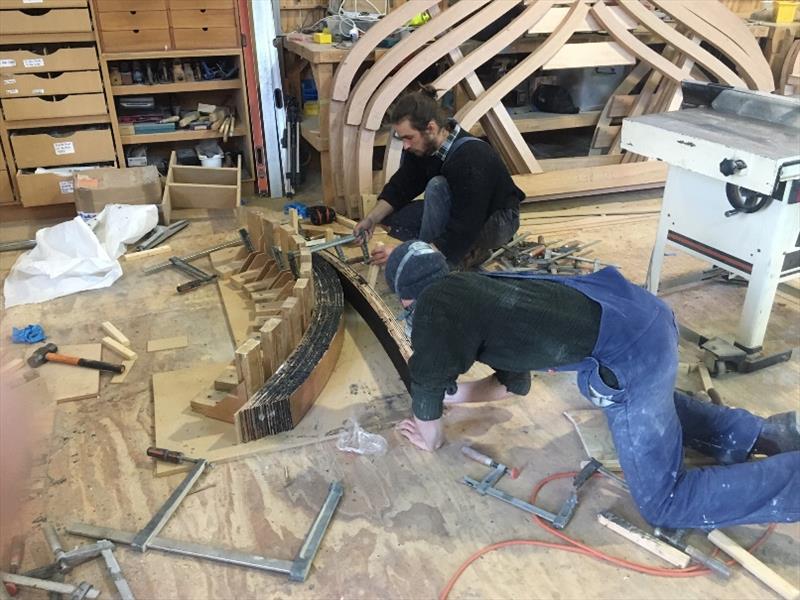 “We always rely on West System for its reliability and cold weather curing,” said Andrew. “I’ve been using it since the early 90s and trust it. The team at ATL Composites is great too, affording us their expertise on tap and great customer service.”

The properties of epoxy that make it valuable for new boat construction also make it ideal for repairing older boats.

West System epoxy is a structural marine adhesive and often stronger than the wood being bonded. It has been used around the world for timber boat repairs for over 50 years, and is ideal for repairing existing damage, reducing flexing and is unequalled as a moisture barrier.

The massive project is on track to be completed by end of the year. “Even with a skilled team and modern tools, it’s a traditional build and requires a lot more hours than a modern composite build. The aim is to sail her into the Wooden Boat Festival in February.”

According to her owners, the objective is to bring back to life this venerable vessel and share her adventures with visitors to the event, and the rest of the world through telling her story online and in the flesh as she travels.

“The sea epitomises island life, wooden boats and the tradition of exploration. Seafaring vessels have always been crucial to Bruny Island, connecting it, at times in surprising ways, to a world otherwise so isolated from it.

“Nothing better immerses in and harmonises with the forces of nature than a wooden sailing boat. We felt that this little ‘bathtub of a boat’, the vessel of George’s spiritual quest, deserves a better fate than to languish in a suburban yard. So, we have taken up the challenge to refloat Te Rapunga, bringing it back to Tasmania, where the art of wooden boatbuilding still burns brightly.

“This project is a joint celebration of both the boat’s restoration and the craft that makes her salvation possible.” 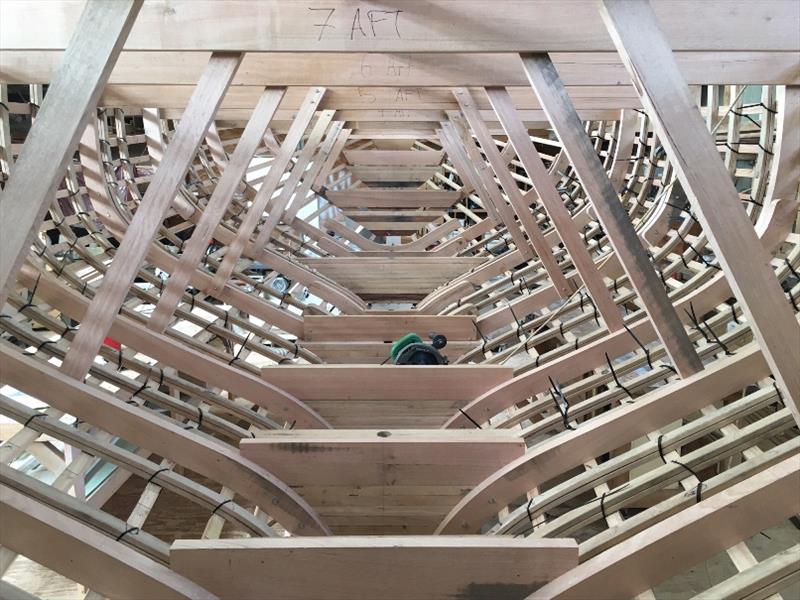 George Dibbern’s story is at the heart of the voyages of the Te Rapunga. A merchant sailor prior to WWI, George set sail with a crew of three from Keil, Germany in 1930. Describing himself as a “citizen of the world and a friend of all peoples”, George renounced his German citizenship, created his own passport and flew a flag of his own creation.

Between 1930 and 1934 Te Rapunga travelled through the Mediterranean, crossed the Atlantic, sailed the Panama Canal and on to San Francisco, Honolulu, Samoa, eventually landing in Auckland, New Zealand.

George’s deep connection with Tasmania began in 1934, when Te Rapunga was invited to compete in the second Trans-Tasman Yacht race from Auckland to Melbourne. The race took 19 days, the boat sprang a leak early on in some “boisterous” weather and had to be repaired delaying them 44 hours. Continuing, Te Rapunga went on to take line honours from the only other competitor in the race, Johnny Wray with Ngataki.

After George’s death in 1962, Te Rapunga passed into various hands before ending up in storage. This marvellous little ketch is now in the process of being fully restored and will be returned to the sea – her rightful home.

The Bruny Island consortium is motivated more than ever to share George’s message of harmony and inclusion.

“In a world of growing political polarisation and discord, we feel that George’s message of global citizenship and his life’s purpose to be a bridge of goodwill, to be of particular pertinence and could do with some amplification.

“In the vein of the early explorers, naturalists and expeditioners, we are setting sail in our little bathtub of a boat on a voyage of discovery, not knowing where the journey will take us or what we will learn.”

West System Inc have published the Wooden Boat Restoration & Repair manual which offers reliable and thorough information for restoration and repair. It can be downloaded for free on westsystem.com.au/product-category/publications or purchased in hard copy from West System Dealers around Australia.