The south-east Queensland forecast is for north-west winds 10 knots becoming north to north-easterly in the afternoon, a scenario that could jeopardise Kearns and his Sparkman & Stephens 34’s three-peat if the winds turn light.

“We are off Lennox Head and the crew is quietly optimistic whereas I’ve been writing my speech since we left the heads on Saturday,” Kearns rang through at 0900hrs, adding his usual good-humoured humility. 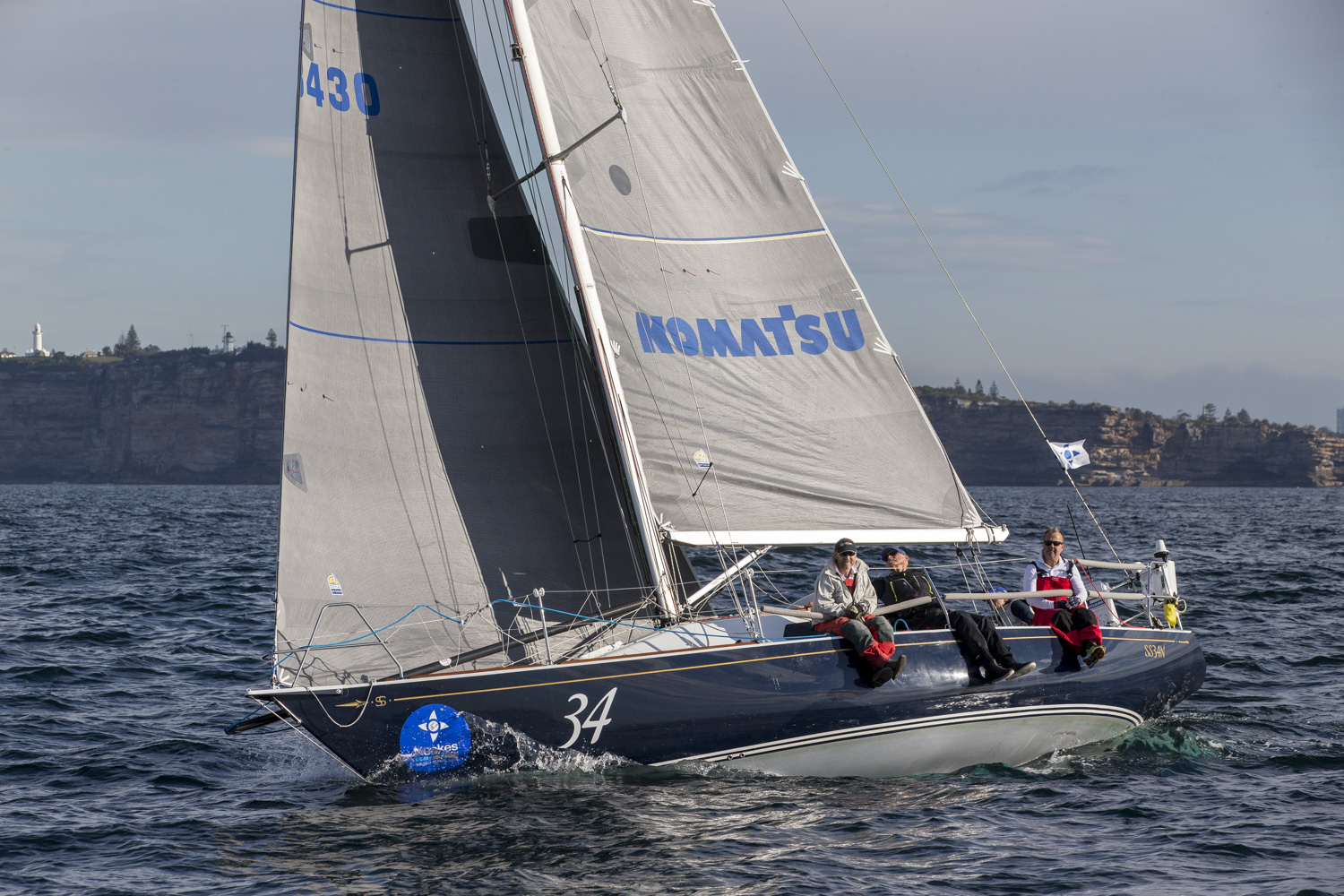 “We haven’t got there yet though the breeze is going to go north, which should be good for us when we turn the corner at Byron. We think it’s doable though we are worried about losing and winning; we might not be that popular, being the blow-homes. It never happens in the Hobart race though…”

A circumspect Taylor, sailing for the Royal Yacht Club of Victoria, is once again back in a position he knows all too well having scored multiple top five results from 32 Rolex Sydney Hobarts with six different Chutzpahs, but never the main trophy. He also has at least seven Gold Coast races on his CV.

“From our point of view it’s Wild Rose and the Rolex Sydney Hobart in 2014 revisited, when we thought we won it and everyone was being nice to us and then a southerly blew Rose home,” Taylor said from Southport Yacht Club as he and his Caprice 40 crew anxiously follow Komatsu Azzurro’s progress on Yacht Tracker.

“We were surprised how well we managed to hold onto the others going upwind and in the light and fluky stuff we held on to the other 40-footers. Once it turned to reaching conditions very early Tuesday morning that helped us get away from our main worries. It was nice to do an ocean race with boats all around you, not like the Hobart. We enjoyed seeing them all, but we’d prefer not to see Komatsu!” 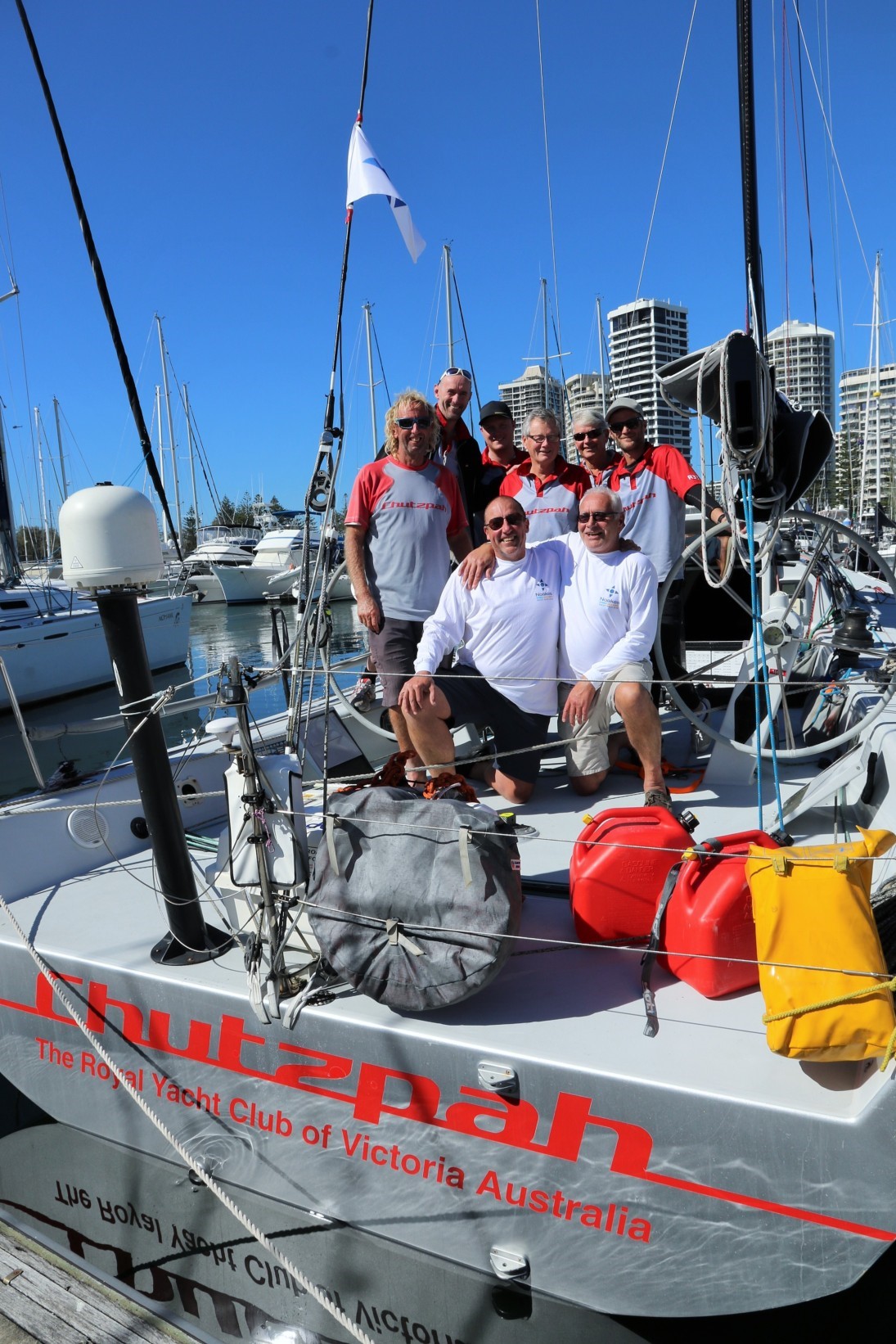 And Taylor’s final comment on the subject as the long wait continues: “As we sat and drank gin at 3am this morning we might have pondered what a stupid sport this is. But that’s yacht racing.”

Third on IRC overall scores is Matt Allen’s Ichi Ban. Komatsu Azzurro and Chutzpah are first and second on ORCi overall scores and leading PHS is Kevin Whelan’s Reve, a Beneteau 45F5 from the organising club, the Cruising Yacht Club of Australia in Sydney.

Twenty-eight of the original 54 starters have completed the 384 nautical mile northern race and five retired for a variety of reasons, the last of those Warwick Taylor’s Airstream which is returning to Sydney via Port Stephens.

Last in the fleet, the Army Sailing Club’s Jarkan 925 design called Gun Runner, still has 130 nautical miles to sail and is due into Southport early August 2.

The time for the official race trophy presentation has been set for 10am Wednesday August 1 at SYC.

This Friday’s start of the Brisbane to Keppel Yacht Race from Moreton Bay is the next event for some of the Gold Coast fleet, others will head straight to Airlie Beach and Hamilton Island Race Week for those regattas.