Manufactured in Italy by Cimolai Technology SpA, the mobile boat hoist will be capable of lifting vessels up to 1,120 tonnes, or the equivalent of the entire population of Cairns.

The existing drydock will be decommissioned and the wharf upgraded to accommodate the mobile boat hoist, with the first boat expected to be hauled out in mid-2019.

“The Cairns Slipways has been providing ship repair services to Defence, tourism, luxury and commercial vessels for over 30 years, with over 1.5 million tonnes of vessel using its facility and over 7 million labour hours employed,” he said.

“It will provide commercial ship operators and owners an easy to use facility with greater flexibility, more lifting options, improved scheduling and efficiencies,” he said.

“The increased capacity at the BSE Cairns Slipway will provide additional infrastructure assistance to support the ongoing expansion of the HMAS Cairns naval base.

“Combined with the enthusiasm of Mayor Bob Manning for the industry and the vigorous promotion by Advanced Cairns and the Great Barrier Reef Superyacht Group the investment became a ‘no brainer’,” Mr Parer said.

When completed, the mobile boat hoist will stand taller than a seven storey apartment building at 23 metres high and will measure over 30 metres in length and over 23 metres wide.

The machine will be supported and moved on 32 wheels and will lift vessels out of the water via eight lifting slings for transfer to a hard stand or maintenance sheds.

“The $6m investment from BSE builds on the funding it and the two other slipways in Cairns received from the Federal Government this year,” Mr Trompf said. 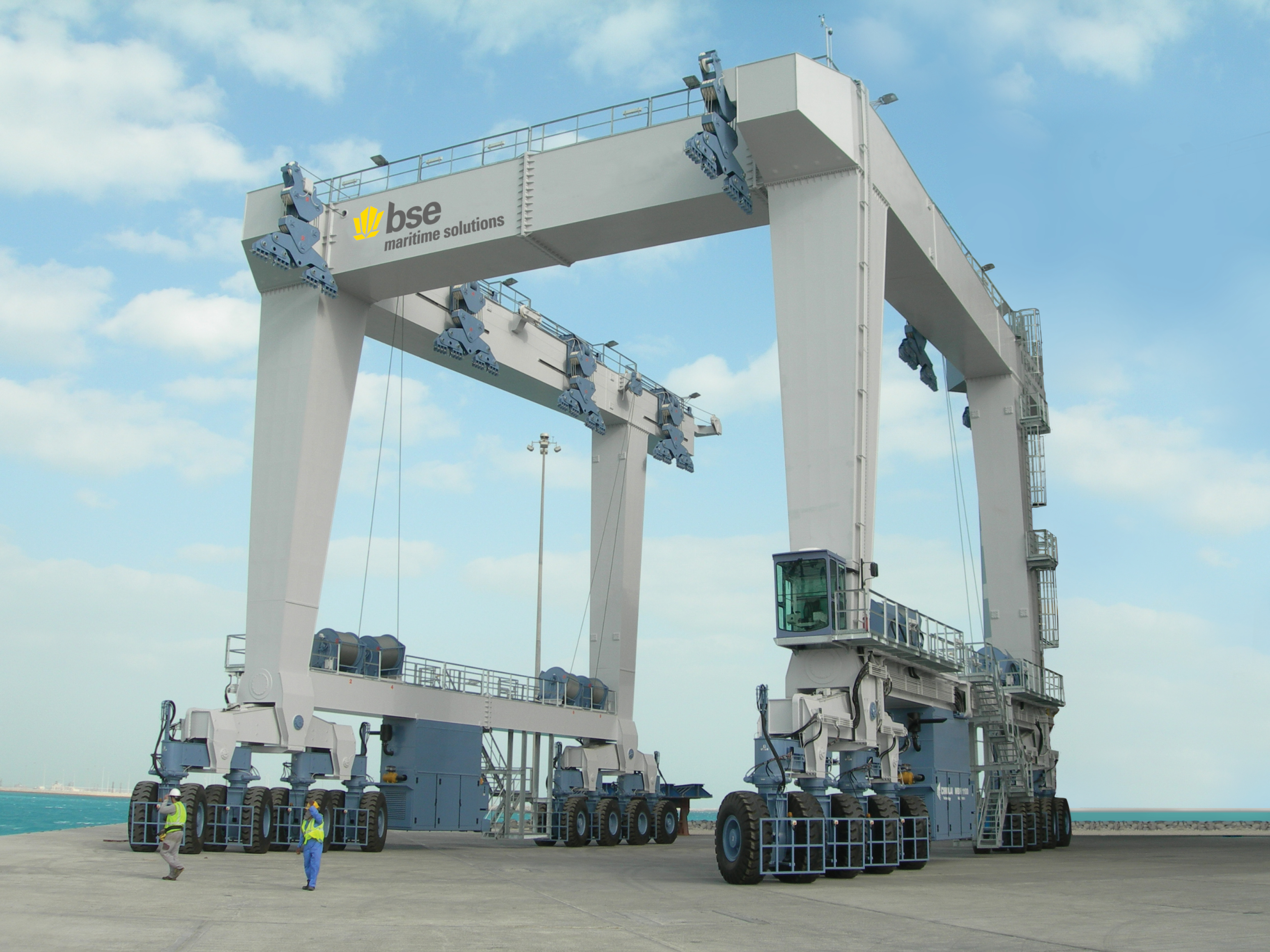 “By installing such a large mobile boat hoist, BSE is positioning itself to capitalise on growth opportunities in Cairns in marine maintenance – an industry which already employs more than 4500 people.”

“AIMEX has been working with State and Federal governments to make Australia more attractive to the lucrative Superyacht industry and we have identified that infrastructure of this nature is critical to that success.

“Further investment will be needed in the industry but the very real, very practical investment that BSE have announced will go a long way towards establishing our international credibility.” Ms Edwards said

“Investment of this nature supports job, exports, tourism, trade and the development of Northern Australia and hits so many of the key areas all three levels of government have been working on. Government is doing its part and industry has to do likewise,” Mr Parer said

“This investment is aimed squarely at making Cairns the world’s best ship repair destination and it is exciting to see that we have been able to make the next step a reality.” he said.