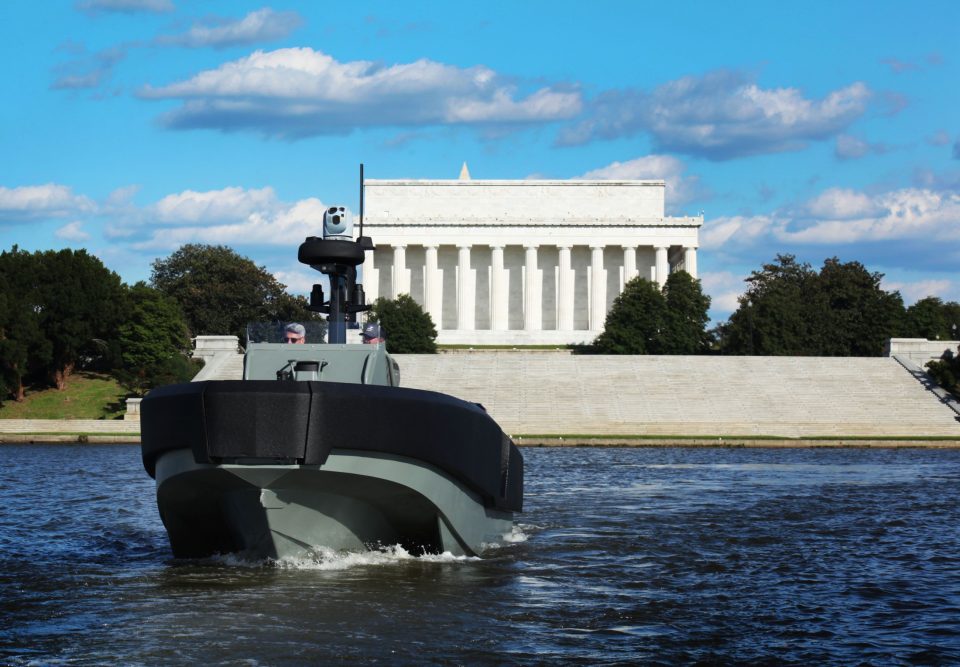 The result of a two-year collaboration with USMC veterans, WHISKEY MMRC is purpose-designed and built to meet the US Defense’s strategic maritime modernisation to address near-peer and evolving threats – with specific emphasis on the United States Marine Corps’ (USMC) pivot to the Indo-Pacific.

Following on from the recent announcement of the establishment of the AUKUS alliance with the United States and the United Kingdom, which was established to strengthen the military presence and operability of allies in the Indo-Pacific, The Whiskey Project looks to build upon AUKUS’ intent by significantly deepening their cooperation with the USMC on a range of security and defense
capabilities.

“This is more than just an export opportunity of Australian designed and owned Defence assets into the U.S.,” said The Whiskey Project’s Chief Operating Officer Ryan Carmichael. “It’s about Australia driving innovation to deliver the most capable combatant craft the world has ever seen, for use in a theatre on our doorstep, by our closest ally.”

For the last decade the USMC has had a rotational force based in Australia’s Northern Territory (NT), and as US Secretary of State Lloyd Austin said at the AUSMIN meetings at the Pentagon on 15 September 2021, “the alignment between Australia and the US has never been greater than it is today”. The USMC Commandant’s Planning Guidance suggests that the simultaneous development of amphibious capability could provide a further opportunity to strengthen US-Australia bilateral relations, and that joint capability development could improve interoperability between two timetested strategic coalition allies and “forever friends”.

“The WHISKEY MMRC provides the opportunity to achieve combatant craft with a common hull, a common technology, a common supply and sustainment chain between two ‘great friends of freedom’,” Said Ryan Carmichael. “In anticipation of USMC watercraft operating in-region amongst Australia’s riverine and littoral capabilities, the provision of fit-for-purpose watercraft that enable joint capability and interoperability also delivers a meaningful force-multiplier effect.”

The combatant craft has been doctrinally designed and developed over two years of collaboration with USMC veterans who identified the Whiskey watercraft at Pacific 2019 as the ideal capability enhancer to integrate Command, Control, Communications, Computers, Cyber, Intelligence, Surveillance and Reconnaissance (C5ISR) sensors and weapons, whilst providing increased safety and protection for their warfighters – a critical consideration for these veterans of Operation Phantom Fury on the Euphrates River in Iraq.

“The doctrine drove the design”, said Darren Schuback, The Whiskey Project Managing Director at the launch at the Wharf Marina in Washington, “and the Whiskey Multi-Mission Recon Craft will transform how combatant craft and crew operate, providing an unparalleled level of joint capability, operational agility, affordability and availability.

” WHISKEY MMRC’s multi-mission adaptability, increased platform interoperability, mobility, survivability, and lethality across all operational environments are central to the USMC’s strategy and are further enhanced by the trademark Whiskey slam-reduction hull technology which reduces shock loading on personnel and sensitive equipment by up to 40%.

“WHISKEY MMRC has been developed specifically with the US Defense warfighter in mind, but its relevance and applicability to the Australian Defence Force and other Five Eyes nations is substantial, particularly in light of the formation of the AUKUS alliance,” said Ryan Carmichael. “The WHISKEY MMRC marks a historical step-change in combatant craft capability, enabling significant human performance advantage, operational advantage and a competitive advantage for those who risk their lives in the strategic maritime environment.”

WHISKEY MMRC will be on display at the Team Defence Australia stand at AUSA in Washington DC October 11 – 13. 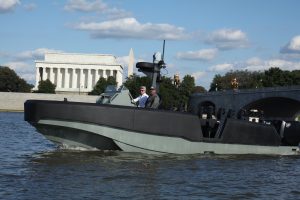