Mr Slack has previously visited Australia in 2011 on a media mission organised by AIMEX which profiled Australian Marine companies and their innovative businesses and products to the world. This experience has drawn Slack back to Australia again in 2013, where he will provide an overview of the European marine sector and what the future holds for this established market.

AIMEX and Superyacht Australia have also confirmed that John Lu, Chief Executive of Horizon Yachts will be speaking. With a degree in naval architecture, Lu has grown and expanded Horizon Yachts by consistently focussing on foreign target markets, inclusive of Asia, Europe and Australia. Lu will enlighten delegates with his experiences identifying key measures and tactics when exporting on an international scale. Horizon has plans to move its operations to one major facility at the proposed Southern Star Project, which is likely to begin construction in 2013 and will become the central marine precinct of Kaohsiung – part of the Taiwanese government’s ambitious plan to make this region the superyacht hub of the region, and ultimately the world.

Martin Baum, Managing Director of Pantaenius will be providing an overview of the market from an insurance perspective. Over 40 years of service has seen Pantaenius establish over 70,000 clients on a global scale. Pantaenius view Australia as a growing market for their services and have identified ways in which to utilise Australia’s innovative market strengths.

Erwin Bamps COO of Gulf Craft will again be returning to speak and meet with several contacts having forged strong relationships with some Australian businesses during his attendance at ASMEX last year. Bamps made a significant impact at ASMEX 2012 and will provide an update on the current business environment in the UAE and his perception of the market globally.

The head of sales for Australasia and The Americas at Fairline, Bryan Jones, will be sharing his invaluable expertise to discuss the market from the perspective of a boat builder. Jones will be discussing Fairline’s experiences making inroads into Asia as well as the opportunities that Australian boat builders must grasp to break into established markets in the United Kingdom and Europe.

A close relationship with neighbouring countries is important for Australia to leverage business opportunities. Peter Busfield, CEO of New Zealand Marine will be attending ASMEX 2013 to discuss the two nations synergies and what efforts can be made to drive business to the southern hemisphere

ASMEX is the key Australian marine industry conference and provides a platform to ensure industry is kept well informed and given the opportunity for valuable networking with colleagues. The ASMEX registration fee once again reflects the desire of AIMEX to ensure every business has the opportunity to attend. This is a conference run by industry for industry. At $395 (inc GST) for non-members and $285 for AIMEX & Superyacht Australia members this is unbelievable value. Registrations can be completed via the Superyacht Australia website www.superyacht-australia.com and the AIMEX website www.aimex.asn.au. 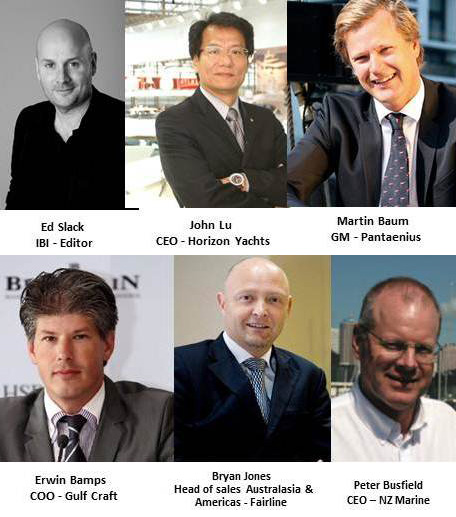