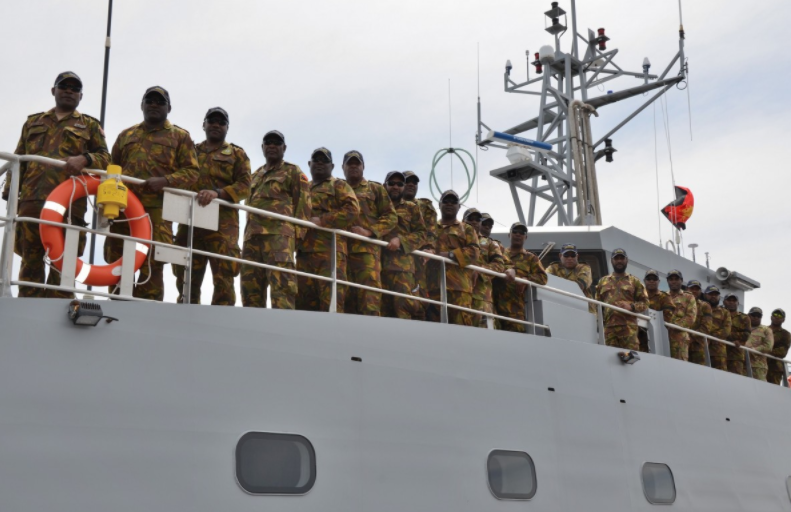 The vessel is the second of four Guardian-class Patrol Boats to be delivered to Papua New Guinea under the Pacific Patrol Boat Replacement Project, part of the Australian Government’s Pacific Maritime Security Program, and follows the delivery of the HMPNGS Ted Diro in December 2018.

Austal Chief Executive Officer Paddy Gregg said the delivery of the latest Guardian-class Patrol Boat to Papua New Guinea had further enhanced the company’s relationship with both the Australian Department of Defence and the Papua New Guinea Defence Force.

“Austal not only design and construct the Guardian-class, but also deliver a comprehensive training program to each crew accepting the vessels. Through this successful handover process, we are continuing to develop a very strong, productive relationship with the Papua New Guinea Defence Force and their crews.” Mr Gregg said.

“Our sincere thanks to Australia’s Defence Minister, Senator Linda Reynolds and Defence Industry Minister Melissa Price, and the Department of Defence for their continued support of this sovereign shipbuilding program,” Mr Gregg added.

Faster, with improved seakeeping, better amenities and an enhanced mission capability – including an integrated RHIB stern launch and recovery system – the Guardian-class Patrol Boats provide the Papua New Guinea Defence Force with a much improved naval asset to carry out border patrols, regional policing, search and rescue, and many other operations domestically and internationally.

The Pacific Patrol Boat Replacement (PPB-R) Project was awarded to Austal in May 2016, with an additional contract option awarded in April 2018, taking the program to 21 vessels, valued at more than A$335 million. Twelve Pacific Island nations including Papua New Guinea, Fiji, the Federated States of Micronesia, Tonga, Solomon Islands, Cook Islands, Kiribati, Marshall Islands, Palau, Samoa, Tuvalu, Vanuatu and Timor Leste will receive the vessels through to 2023.

The 39.5 metre steel monohull patrol boat – designed, constructed and sustained by Austal Australia – is based on a proven design platform that has included the 38 metre Bay-class, 56 metre Armidale-class and 58 metre Cape-class patrol boats that are in service with the Australian Border Force and Royal Australian Navy.

The vessel is named after Brigadier General Rochus Lokinap, a former Commander of the Papua New Guinea Defence Force from 1987 to 1992.