After a successful first day at the ASMEX 2016 conference, the Australian Marine Industry has awarded business excellence in the industry at the Annual Marine Export, Superyacht and Commercial Marine Awards at their Gala Presentation Dinner at the Intercontinental Hotel at Sanctuary Cove.

For the second year in a row luxury boat manufacturer Riviera took out the coveted Exporter of the Year Award along with the Export Marketing Strategy Award for their continued growth and their sharp marketing strategies.

“Even with the introduction of four new awards to recognise the commercial sector of the Australian Marine Industry, this year saw the highest number of entries in the awards’ 17 year history” AIMEX CEO Maryanne Edwards said.

Edwards said that the entries were of such high calibre this year that several High Commendations were awarded. Palm Products for their innovation in manufacturing export products and Joy Weston Crew Pacific International as a service provider to the marine export sector.

“We were honoured to be recognised by our peers,” says Matthew Johnston of Muir Windlasses, which was awarded large exporter of the year.

“This comes down to the loyalty of our Australian clients, and their ongoing support of us,” says Johnston.

Jeremy Spear of Spear Green Designs received recognition for his contribution to the commercial marine sector being awarded the Inaugural Industry Champion for the Commercial Sector.

“We’re honoured to receive this award, it’s great for our staff and contractors to be recognised for their exceptional work in this way,” says Steve Fisher, of Superyacht Service winner, Rivergate Marina.

Alistair Murray of Ronstan, MC of the evening and a global personality, was inducted into the Hall of Fame. 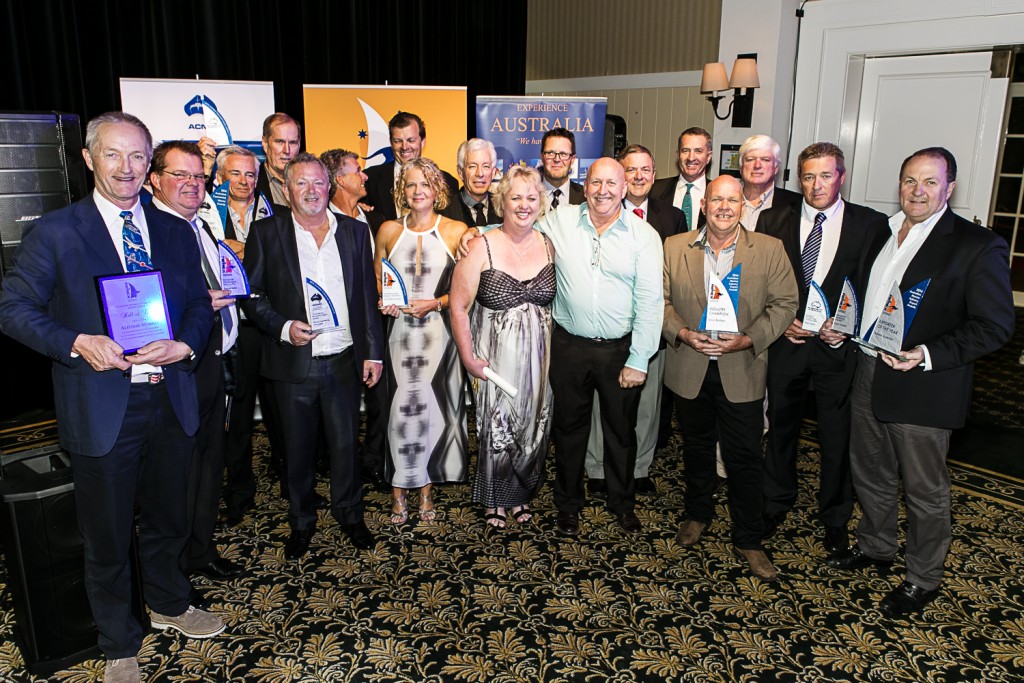 ASMEX 2016 is staged just before the Sanctuary Cove International Boat Show and incorporates the Australian Marine Industry Export and Superyacht Awards. The conference of the Australian marine and superyacht industry runs from 19-22 May.
For image and interview requests or further media information please contact Isla McKechnie of Albatross PR, isla@albatrosspr.com. +64 22 406 7058