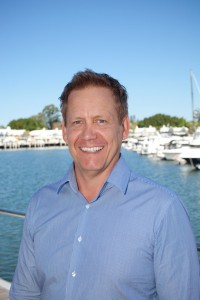 MULPHA Sanctuary Cove has announced promotions within its events team, with the elevation of Johan Hasser to Head of Events

Mr Hasser has 15 years’ experience in events, sales, and business development including a stint with International Management Group at Indy 300 in 2007 and 2008, and moves into the senior executive position a year after joining Mulpha Sanctuary Cove as the Sales, Sponsorship and Events Manager for the Sanctuary Cove International Boat Show (SCIBS) 2013.

The appointment means Mr Hasser will be responsible for organising the prestigious marine and golfing community’s regular and special events including the annual SCIBS marine spectacular.

Mulpha Sanctuary Cove executive general manager Keith Allardice said the appointments signalled a renewed focus for the community’s event management team, while recognising the significant contribution the pair had made to SCIBS 2013.

“Both were instrumental in delivering a very successful SCIBS 2013 and we feel they are well qualified to guide the future stable of Sanctuary Cove events,” said Mr Allardice.

“It also heralds in a new era of SCIBS which we are committed to being bigger, better and fresher each year.”

Proudly sponsored by Club Marine, the 2014 SCIBS will run from Thursday, May 22 to Sunday, May 25.

Online bookings and Exhibitor Information Kits are now available for the 2014 SCIBS through the website. For more information, visit www.sanctuarycoveboatshow.com.

At the heart of the community is the Marine Village – Sanctuary Cove’s very own waterfront commercial, retail and dining precinct, with more than 80 tenancies.

Mulpha continues to reinvest in the multi award-winning community, ensuring it maintains its enviable reputation of a world-class community with unparalleled lifestyle options.