EXHIBITORS SECURE THEIR SPOT AT THE 2013 GOLD COAST MARINE EXPO

Exhibitors are getting in early to secure their place at the third annual Gold Coast International Marine Expo to be held from November 1 to 3 at the Gold Coast Marine Precinct in Coomera.

The not-for-profit Expo has been described as ‘breathing life back into the marine industry’, which was impacted by the GFC.  It has now become one of the major boating attractions on the Australian boat show calendar and is expected to double in size over the next five years. Gold Coast International Marine Expo spokesman Stephen Milne said attendance at last year’s Expo defied industry trends with a 24 per cent increase on the first year’s attendance.

“The three day Expo attracted a total of 20,752 people through the gates from around Australia and New Zealand as counted independently by the Rotary Club of Coomera River, which is a tremendous achievement for such a young event,” Mr Milne said. “Exhibitor numbers reached 188 and featured 40 new exhibitors at last year’s event.  There was also a significant increase in the number of boats on display on both the land and in the water.” In 2012, there were more than 500 boats on display including 120 plus boats in the on water display.

The Expo is a partnership between Gold Coast City Marina and Shipyard, Riviera, Quintrex, International Paints, and Clipper Motor Yachts who help stage this annual not-for-profit community and family focused event, which will once again take visitors behind the scenes of the marine industry with hundreds of exhibits from the world’s best boating brands displayed over a 2.5 kilometre display circuit.

The brainchild of Queensland’s boating industry leaders, the third annual Gold Coast International Marine Expo is expected to be bigger and better than the first two events, which attracted 300 plus brands in 2012.  Mr Milne said the strong exhibitor interest for 2013 thus far was a positive indicator of things to come. “The Gold Coast International Marine Expo has just released its prospectus and I encourage exhibitors to secure their bookings early to ensure they receive their desired display location and size,” he said.

“Given the early demand for increased display sizes from last year’s exhibitors, we have extended considerably our volume of display space.  This is one of the great attributes of our facilities here at Coomera, we can literally double or triple our displays if required. “We will offer all our 2012 exhibitors the first right of refusal of their same position and display space as a mark of thanks for their belief and support in our vision.”

Access to the event via free entry and free on site parking also help make the Expo a major attraction for boating enthusiasts from across the nation.

The Gold Coast International Marine Expo will be held on November 1-3 from 9am to 5pm with free entry and free parking.  To find out more visit www.gcmarineexpo.com.au 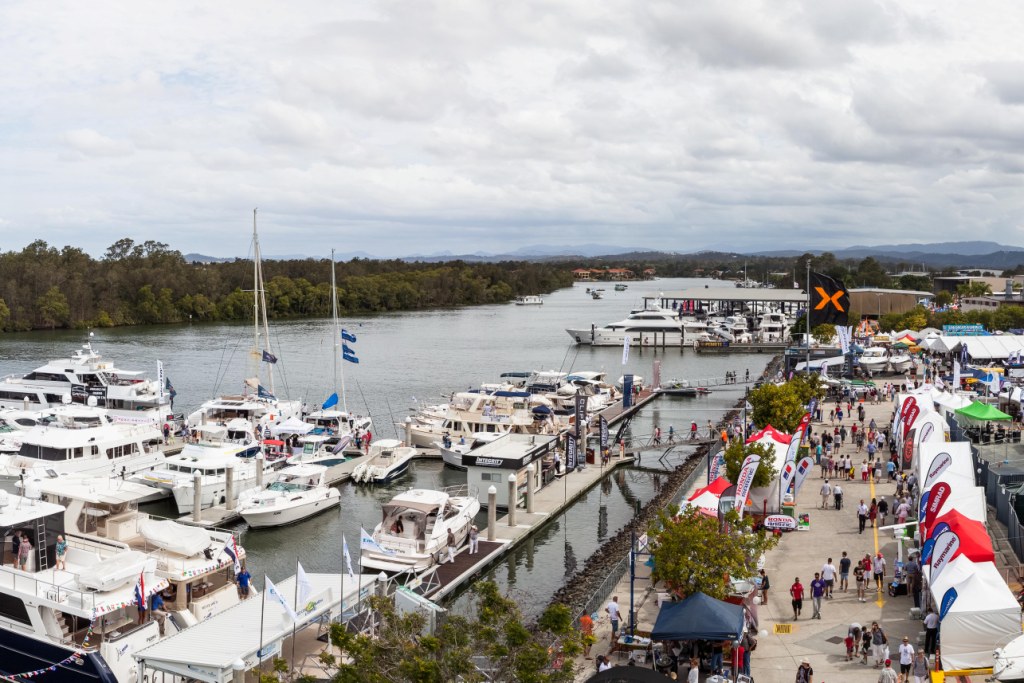