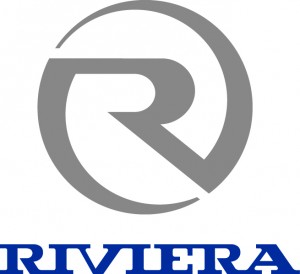 It is the largest luxury boat building facility of its type in the Southern Hemisphere and the purchase of the property and all of its capital improvements will be completed before June 30.

When Mr Longhurst purchased Riviera on 8 March, 2012, he agreed to a long term lease with the option to buy the property. Over the past 14 months, Mr Longhurst has been very focused on Riviera’s future and has placed a great deal of time into restructuring the business, reviewing all internal processes and procedures, investing in new model development, recruiting the right people for the right job, and growing Riviera’s team and talent.

“Last financial year Riviera exported 56 per cent of its total production, which is a staggering result given the dollar was above parity during this period with the US and the overall impact of the GFC on the market globally,” Mr Longhurst said.

Riviera continually sources expertise and components from around the world.  Many high quality master crafts people are drawn to live in Australia. Riviera believe in South East Queensland’s and Australia’s manufacturing future, which is why they have undertaken this considerable investment.

“Riviera’s Australian headquarters is unique to this part of the world and adds real strength to our brand as Australia is very much a part of the Riviera DNA, and by that I mean that Riviera boats are built for Australia’s harsh boating conditions, and they are built with great strength for whatever the elements try to throw at them.  Our designs also incorporate the great Australian outdoors lifestyle, which means our boats tend to be bigger in internal volume, brighter and more airy and open,” Mr Longhurst said.

After visiting some of the world’s highly regarded boat building facilities, Mr Longhurst is confident the Riviera site compares favourably in terms of location, size and technology. “What we have here gives us enormous potential to further grow and diversify the Riviera brand.  We have the capability to future-proof the company in terms of being able to create and build different types and sizes of boats and that really excites me,” Mr Longhurst said.

Mr Longhurst was also proud to acknowledge more recent successes, “I am also pleased to announce that Riviera has won the large exporter of the year award at the esteemed 2013 Australian Marine Industry Export Awards held on May 21 at the InterContinental Hotel at Sanctuary Cove. This is a fantastic achievement and I commend our 300 strong team who share my desire to create and build award-winning luxury boats.”

Riviera has built and delivered more than 5000 luxury boats over its rich 33 year heritage  and in 2012 Riviera celebrated the launch of its 5000th boat, the 445 SUV, a significant achievement in the company’s rich 32-year history.