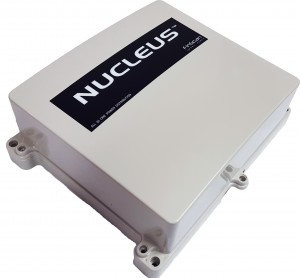 FinScan is a leading Australian designer and manufacturer of digital switching systems for marine and RV.

Since the launch of the NUCLEUS digital switching system at the Sanctuary Cove boat show, the roll out of NUCLEUS Digital Switching onto small boat’s and RV’s has grown substantially. The popularity of the NUCLEUS system is due to many factors that include an easy installation and setup by any marine electrical installer, and a feature packed system that includes wireless control using iPhone and android smartphones. The FinScan app can be downloaded for free from the App store and Google play.

Unlike other systems, FinScan has maintained a sensible, cost effective, dedicated touchscreen interface available in Four, Seven or Ten inch versions. This has allowed the flexibility in developing an intuitive, easy to use setup and operation of the system for small boats. Whilst still maintaining system redundancy from other onboard electronics.

NUCLEUS can be supplied in two configurations. The first is a dedicated OEM version of software loaded that is designed specifically for a particular model of boat. This eliminates the need for setup and allows the system to work as a dedicated electrical part straight out of the box. The second is the standard “Flexible” version of NUCLEUS. This version allows Niche builders and electrical installers the flexibility to customise, label and configure the system at time of installation. All system labelling and configuration is performed on the NUCLEUS touchscreen itself, no special software or computer is required. The NUCLEUS system also has a USB port for future software updates with a USB drive.

NUCLEUS also includes tank and battery monitoring. The battery monitoring included with the NUCLEUS single module system , includes the reporting of two DC voltages, charge and discharge amps, amp hours consumed, and most importantly , a battery “state of charge” gauge that accurately shows the state of the house battery, represented as a percentage in a recognisable fuel type gauge. In essence, the NUCLEUS shows a battery fuel gauge to help prevent damaging discharge cycles which in turn prolong the house battery life.

FinScan will be conducting demonstrations of the NUCLEUS system during the 2016 Sanctuary Cove Boat Show, at the Boat yard, BY2 – A .