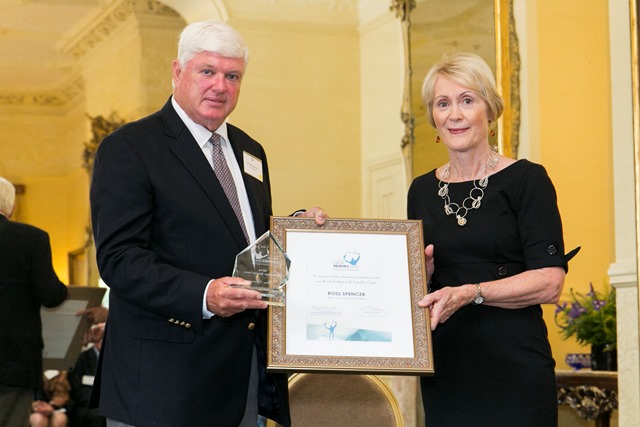 The Export Council of Australia was thrilled to announce six outstanding Export Hero winners at a prestigious ceremony held at Government House in Perth last night. Judged by an independent Advisory Council and presented by the Governor of WA, the Honourable Kerry Sanderson AO, we congratulate these individuals, across a diverse range of sectors, which have taken on the world and won.

Created in 1997, the Australian Export Heroes Awards recognise and acknowledge the champions of Australia’s export community as they contribute to further developing a uniquely Australian export culture. Our Export Heroes have made a significant and unique impact while achieving success for their organisations, and Australia, in the international marketplace.

Chief Executive Officer for the Export Council of Australia Lisa McAuley says there are many facets to developing our export culture in Australia. As well as adding to the growth of international trade in Australia, the Export Heroes have contributed to shaping Australia’s image as a progressive member of the international business community and are role models for future generations of Australian exporters.

“People who receive an Export Hero Award have fought and won on the international stage. Technically smart, creative and hard working they are able to show the world that Australian’s can do anything, and often better than anybody else.”

“With the Governments aggressive trade agenda we expect to see exports continuing to drive economic growth for Australian businesses and as the voice for exporters we understand the importance of recognizing excellence in international trade. More than 110 Australian’s have received an Australia Export Award,” Ms McAuley said.

The  Australian Export Heroes Awards were created by a group who believed in acknowledging the efforts of those hard working people, who often spend years building their companies and taking them to global success while also supporting Australian industry.