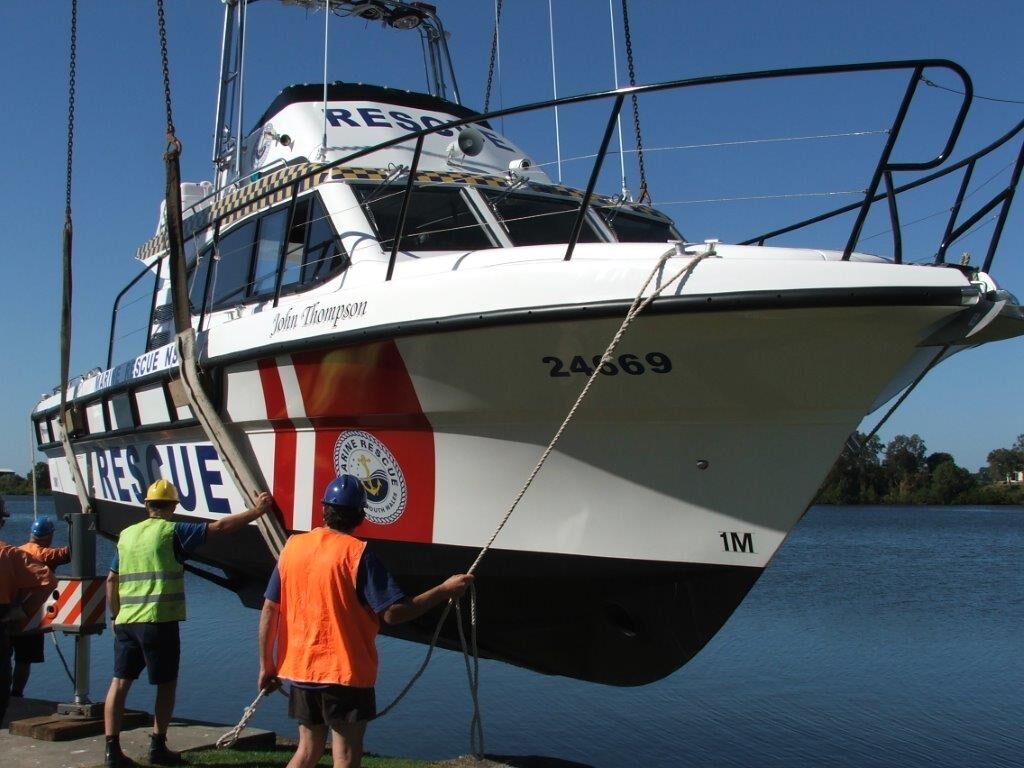 Fine weather and a good crowd were on hand to witness the launch of Steber International’s latest
vessel, the PS31 John Thompson for Port Stephens Marine Rescue.

Prior to the launch, invited guests and Marine Rescue volunteers who had gathered on the banks of
the Manning River at Taree heard from speakers including general manager of Steber International,
Alan Steber, local MPs and representatives of Marine Rescue NSW.

Sea trials and equipment testing will now take place on the Manning River over the next two weeks
prior to delivery of the 38ftr to Port Stephens.

Twin 420hp Yanmar diesel engines allow for speeds up to 30 knots when responding to rescue and
assist operations.

Port Stephens 31 will join Port Stephens 30, the Codi KII, and an 8.5m fast response rigid hull
inflatable which came into service in 2012.

The vessel has been named after the late John Thompson, who had 44 years service with, initially,
the Royal Volunteer Coastal Patrol, and subsequently Marine Rescue NSW.

He was responsible for establishing a coastal patrol base at Nelson Bay in the early 1980s after
moving from Sydney.

A flypast by the 76th squadron based at Williamtown and a water salute by local volunteer R.F.S.
fire units completed the launch celebrations.